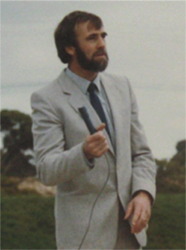 The Principal of St Albans Special School was the late Des English. The Deaf Unit was well supported by Des and the late Colin Laity, who was the Director of Special Education at the time.
St Albans Deaf Unit began with 8 students aged 3 to 6, including one child with multiple disabilities. These children were the trailblazers for what was to become a progressive and unique education facility for Deaf students in the West.
While the mode of communication began as oral/aural, the philosophy from the outset was one of Total Communication, with Signed English soon being used consistently through the Unit. Staff held sign classes at school and within the family homes at the parents’ request.
A playgroup for Deaf children with disabilities was soon established, facilitated through the Deaf Unit. Staff and students were incorporated into the school program and students had access to all the opportunities that were available to the children in the special school. They also integrated on a weekly basis with a local preschool.
This was a time of change in the education of Deaf children. Students were traditionally allocated to schools by a panel of experts – the Ascertainment Committee. However, from the late 1970s, parents were given the right to decide where their children would attend schools and the mode of communication they would use. Parents and staff made the decision that Total Communication would be used for all students – they would be exposed to both oral and signed education.

Numbers steadily increased and it soon became apparent that the wing of the Special School could no longer house the Deaf children. Two portables, divided into four class areas, were installed and the Deaf Unit moved in to its own quarters within the Special School Grounds under the leadership of Peter Fryer (pictured left) in 1980, with 5 staff and 17 students.
Parents again lobbied for a separate school and were rewarded for their endeavours when plans for the establishment of a dedicated school for Deaf children bore fruition with the opening of Furlong Park School and Preschool for Deaf Children in 1985. Peter Fryer was Principal until 2002, followed by Sue Izard, Robyn Lawrence, Anne-Maree Crivelli and Lee Bullock in 2017.